If you are feeling marginalised in today’s society by growing religious intolerance, there is a saint you can pray to for the strength to maintain your religious beliefs in an increasingly hostile world.

St John Ogilvie was born in Scotland in 1579, the son of Sir Walter Ogilvie of Drum-na-Keith, Banffshire, and raised a Calvinist. He was sent abroad to further his education and was converted to the Catholic faith. He entered the Jesuit novitiate in Vienna in 1599 and was ordained in Paris in 1610. After a spell teaching in Rouen, he was allowed to return as a missionary to Scotland where he arrived disguised as a horse dealer in 1613. Within a year he was betrayed and arrested in Glasgow. He spent many months in prison under torture defiantly refusing to denounce the pope’s supremacy. On 10th March 1615 he was tried for high treason, found guilty and executed at Glasgow Cross and his body buried in an unmarked grave. He was beatified in 1929 and, after a miracle* was attributed to his intercession, he was canonised in Rome in 1976. He is Scotland’s only martyr of the reformation period.

St John Ogilvie was many things: he was a Catholic, he was a Scot, he was a priest and he was a Jesuit. Many rejoice and have been inspired by his heroism in choosing to die for the faith. We can honour him today because he is a martyr for religious freedom. He refused to accept that the King could dictate one’s religious beliefs. He is a hero for our time and through his intercession we can pray for religious tolerance.

The following letter written secretly in prison a short time before his death and addressed to Father Claude Acquaviva, the Superior General of the Society of Jesus, reveals the courage and humility with which St John faced martyrdom:

Dearest and wisest of veterans, after Christ and his angels and saints the most tender love of my heart.

My sufferings are terrible, the tortures severe. Your Paternity’s charity will ensure that you pray for me, that I may die with great generosity for the ever victorious Jesus. May Christ long protect you, the most expert leader of his chosen and tested soldiers as the bulwark of his Church.

Your Very Reverend Paternity’s little servant in Christ, and most unworthy child,

John Ogilvie died for witnessing to his beliefs in a world hostile to the values of Christ. His martyrdom made a deep impression on many who witnessed his execution. The blood of the martyrs is so often the seed of the blossoming Church. 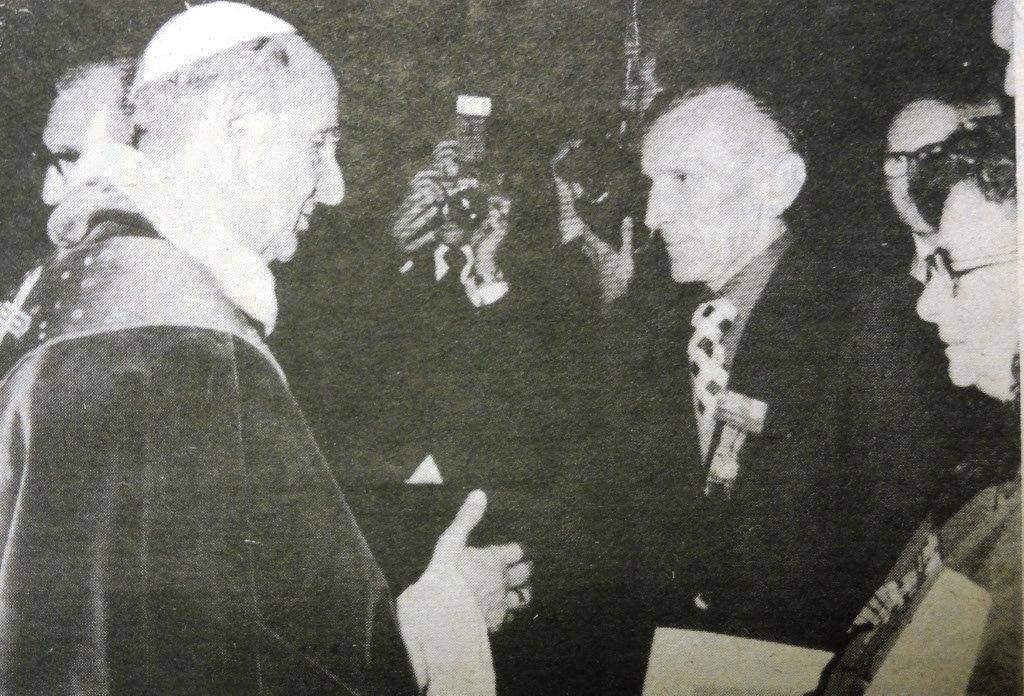 In 1967, John Fagan, a Glasgow docker, developed a large tumour in his stomach. His parish priest, Father Thomas Reilly, pinned a medal of Blessed John to Fagan’s pyjamas and had the entire Parish pray for his intercession. Their prayers were indeed answered. His wife kept vigil at his bedside and he had slipped into a coma. The family doctor visited late at night and told Mary she had to prepare herself, as he expected her husband to die during the night and that he would return in the morning to sign the death certificate.

In the early hours of the morning John spoke to Mary and told her he was hungry and asked for something to eat. He had not eaten for months. She made him an egg and toast which he ate. In the morning, the doctor returned and was so amazed to see John sitting up in bed talking that he collapsed into a chair. The news of these strange events spread all over Glasgow and beyond. Medical examinations did indeed prove that there was no longer any sign of the tumour.

The Vatican was informed and the process of investigation began. Father Reilly was named as the Vice Postulator of the cause and all necessary papers were sent to Rome. Eventually, the miracle was declared and nine years later, on 17 October 1976 Pope Paul V1 canonised John Ogilvie.

John Fagan had been in the army in Rome in 1944 when the city was liberated from the Nazis. He found himself on the steps of St Peter’s Basilica, looking at the magnificence of the Vatican. Little did he realise that three decades later he would return there to play a major role in the making of a saint.  St John Ogilive’s Feast Day is the 10th March.

St John Ogilvie,
By your devotion to Christ you held fast to the faith, even unto martyrdom.
With the grace of God, may I have a loving heart in the midst of trials.
May I, like you, ‘be of good cheer’ and trust in the love of God.

St John Ogilvie pray for us.

Please allow up to 1 week for deliveries due to delays with Royal Mail. Thank you Dismiss