The Privilege of Motherhood

“The Most Important Person on earth is a mother. She cannot claim the honour of having built Notre Dame Cathedral. She need not. She has built something more magnificent than any cathedral – a dwelling for an immortal soul, the tiny perfection of her baby’s body. . . The angels have not been blessed with such a grace. They cannot share in God’s creative miracle to bring new saints to Heaven. Only a human mother can. Mothers are closer to God the Creator than any other creature; God joins forces with mothers in performing this act of creation… What on God’s good earth is more glorious than this: to be a mother?” 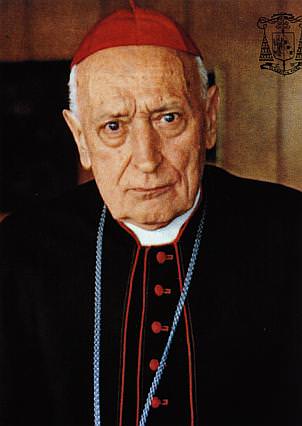 The quote above was written by Venerable József Cardinal Mindszenty – Prince-Primate of Hungary and passionate defender of the Church against Communism and Fascism. He was arrested numerous times; in 1949, Venerable József Mindszenty was tortured and imprisoned by the Hungarian Communist government for, among other things, refusing to permit Hungary’s Catholic schools to be secularised. He was released during the Hungarian revolution of 1956 but was later forced to seek asylum in the American embassy in Budapest for the next 15 years, following the invasion of Hungary by the Soviet Union. He died in Austria in 1975.

Venerable József Mindszenty’s courage only adds more weight to his beautiful and true words on motherhood. Indeed, he makes a very valuable point that God chose to bring new life into the world in this way and we know that God does nothing by accident. There is surely great meaning behind this choice.

Sadly, I found during pregnancy and since giving birth that our society does not honour motherhood as Venerable József Mindszenty does. They may pay lip service to mothers but I challenge you to find concrete evidence of this in the behaviour of the average person today.

Consider, for example, couples who seem almost paralysed with fear and indecision when it comes to the question of whether or not to allow themselves to have children. On the one hand, there is the natural urge to have children. This is very strong and I have seen many women wrestle with this as they desperately try to satisfy the world whilst silencing their God-given maternal instinct. On the other hand, there is the knowledge that they would have to give up their freedom, their sleep, their ability to come home every evening with no responsibilities. They would have to accept that their bodies would never be the same again. There is the financial burden too.

How many times have we heard people casually say that they do not like children, that they prefer to go on holiday and buy a new car rather than allow themselves to bring new human lives into the world?

How far we have fallen from God’s instruction to Adam and Eve:

“And God blessed them, saying: Increase and multiply, and fill the earth” Genesis 1:28

Now many are too afraid and selfish to do so, scared of being chained to their child. Or, if they do have children, their numbers must be limited, spaced out and every detail planned.

Indeed, there is little else more repulsive to modern society than a mother who feels privileged to have children and happily devotes herself to her family and her home, uninterested in a career. Truly, many consider this to be an insulting and degrading concept.

So how should we view motherhood? Is it honest to look at it through rose-tinted glasses instead? I don’t think so.

As Alice Von Hilderbrand, a champion of women and femininity, points out in her book ‘The Privilege of Being a Woman’: ”when the Old Testament wishes to illustrate severe trials, it usually refers to a woman in labour”. And, as GK Chesterton famously said, “…a woman’s function is laborious, but because it is gigantic, not because it is minute”.

I admit, on the face of it, this doesn’t sound very appealing when compared to the carefree life so revered in the modern world. It’s no wonder that many look down on mothers, especially those blessed with many children, if they look at her life through the lens of the world. Happily, we do not.

We do not believe that when we die, our bodies will rot in the ground and that will be the end of our influence. We do not believe that all our actions will cease to be important once we take our last breath. We know that when a mother is blessed with the conception of her unborn child, a human being with an eternal soul is growing inside her. A mother’s influence on the destiny of that eternal soul is incomparable.

This is why a mother is so important. This is why she deserves to be honoured, not just one day a year with a card and a bunch of flowers, but with proper respect for the awesome task she has been given.

As we think and meditate on motherhood, it’s appropriate to end with the thought of our own Blessed Mother – our guide and model!

Rhoslyn is a wife and mother, born and raised in Wales, UK.  She loves the Catholic faith and the beauty of its many traditions, especially the Traditional Latin Mass.
Wendy Marsh2020-06-18T22:32:01+01:00

Please allow up to 1 week for deliveries due to delays with Royal Mail. Thank you Dismiss