Why I wear a mantilla

October 2012 was the first time I wore a mantilla to Mass. I was 23 years old and had made a firm decision to come back to the Church about a year beforehand. During the latter months of 2012, an uncomfortable feeling had been developing in the back of my mind that I should begin to cover my head (with a veil of some sort or a mantilla) in the presence of the Blessed Sacrament. However, up until this point, I really didn’t want to do it.

Let me be clear that I was, previous to this time, certainly not keen on veiling in church. I’m ashamed to say that I had judged those women who did veil because I considered it to be fussy, unnecessary and I think I probably considered it a sign of oppression too (because covering your head in the presence of your Creator, is such a heavy burden!). I was judging this ancient tradition with a mind that had been influenced by the world and I thought that having been little more than a nominal Catholic for most of my life meant that I knew it all because, really, how much was there to know about Catholicism, right? I thought that having been baptised and confirmed made me a bone fide Catholic with an automatic knowledge and valid opinion on all things relating to the Church.

St Thomas More wrote, “One of the greatest problems of our time is that many are schooled but few are educated.”

Looking at myself, I could see this was very true. When I decided to dive into the teachings of the Church, I found that I knew next-to-nothing about Catholicism. The more I spoke to Catholic women who cherished their veil and read about this practice, the more I realised that I was ignorant of the long and beautiful tradition of veiling which exists in the Catholic Church and what a joy and a help that it was to these women.

So what were the arguments that convinced me to veil?

First of all, meeting Catholic women who veiled was vital. They were excited to speak to me about veiling and were happy to address my arguments. Many of them had started off with the same opinion as me but they calmly explained to me that it wasn’t about being ashamed. Rather, veiling recognises that our hair is our glory, as St Paul writes in 1 Corinthians 11:15, and and that by covering it, we humble ourselves so that we can give greater glory to God whilst we are in His physical presence.

I observed these same women at Mass. I think that veiling started to become attractive to me because I wanted the peace that they had, which I saw partly came from their veil. When I started to veil, I felt the benefit of preparing myself to enter God’s presence by covering my head: I began to realise that when I stepped off the street into church, I was not just in another building, but I was entering God’s house, where He dwelt and was waiting for me.

Like St Therese of Lisieux said, “Do you realise that Jesus is there in the tabernacle expressly for you – for you alone?”.

During Mass, or whilst praying on my own in church, my veil helped me to block out distractions by acting as a thin guard between myself and those around me, who were also trying to focus on God.

When I first started to veil, I felt horrendously self-conscious. I worried that everyone was looking at me, that they knew that I had never veiled before and that they would think that I now thought myself ‘holier than thou’. In a way, that has never completely left me, because although I started veiling whilst attending the Old Rite, the reality is that I am not always able to get to a traditional Latin Mass and so (although some people come to speak to me about my veil and are so very happy to see it), I am frequently faced by people who are totally bewildered and sometimes offended by my veil at Mass. Isn’t it funny how a little piece of material can be such a stumbling block to some people in the Church? But this embarrassment that I have to overcome each time serves to remind me that, although I love my beautiful veils, I’m not doing this to make myself look attractive. I choose the best veils in the same way that we choose the best vestments for Mass – because this is for God.

This article from Fisheaters was the final thing that convinced me, as it set out the argument which comes straight from St Paul, who said in 1 Corinthians 11 that it is better for a woman to shave her head than to pray with it uncovered. I kept thinking about that. Some might say that he was only speaking about his time – “Oh, it was a cultural thing!” – so, what about all the other things mentioned by St Paul and the rest of the New Testament? Like St Augustine said of the Gospel, “If you believe what you like in the Gospel, and reject what you don’t like, it is not the Gospel you believe, but yourself.” I could argue that a woman can humble herself in other ways (and I don’t think that you can be consistent with St Paul’s message if you veil and don’t dress modestly or if you veil, but flamboyantly wave it around, gaining attention for yourself and distracting other people), but I can’t say that St Paul’s message wasn’t for me or our time. If that is the case, why should I bother to take note of the Bible at all?

The second argument set out in the article above, is a lovely one: we veil what is holy. What do we veil in church? The Tabernacle, which contains the Giver of Life. In the same way, even if we never have children of our own, every woman at least symbolises the ability to give life.

Who else do we also see veiled at all times? Our Lady, whose womb housed Our Lord and who was the faithful handmaid of the Lord. No wonder the Church treasured (and still treasures) this tradition. We cannot do better than to imitate Our Blessed Mother. She is the most convincing reason of all!

Strangely, although a veil is such a small thing, it’s taught me a lot and I have become very attached to the whole practice. Needing to remember to bring my veil to Mass and to try to wear one whenever I am in the presence of the Blessed Sacrament means that at the beginning of the day, I need to remember that later on I will be in the presence of God, which is no small thing. It has also helped me to be more conscious of what I wear and how I behave. ‘Am I modest in my behaviour too?’, I have often wondered to myself. What is the point of veiling, when my mind is not focused on the Lord? It’s a constant reminder to me and an invaluable tool. This is why I wear a mantilla.

About the Author: Rhoslyn Thomas 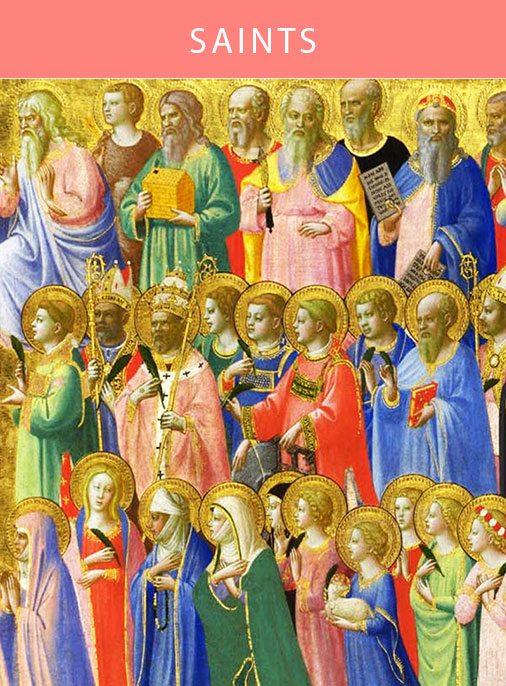